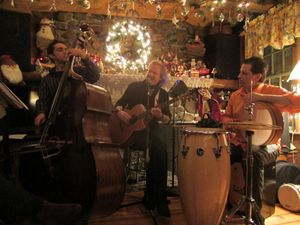 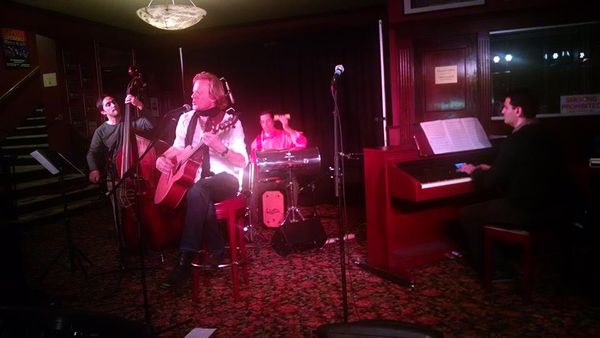 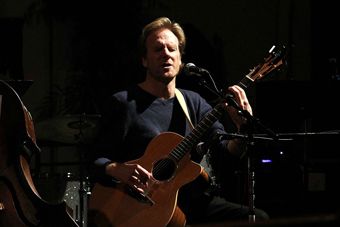 elsewhere on the web

December 15 2018 I'm glad to report that the recording of my new CD 'Full Circle' took place last week at Kevin Kelly's Workshoppe East Studios.  All 11 tracks were completed in less than five hours (though I returned a few days later to re-track one).  We also made live videos of five of the songs, all of which are now on YOUTUBE.  I hope to take delivery of the first run of 500 CDs from the manufacturer in mid January 2019.  It will be a nice way to start the new year.

All set for a new Cd

November 2018.  I didn't expect to have a new Cd ready before spring 2019, but this year the writing has flowed and everything is now in place to for the recording.  Images for the artwork are complete, and feature location photos taken by the skilled new photo artist Stacey Lorin. Recording will be in early December at Kevin Kelly's Workshoppe East studios in Huntington NY.  The CD is to be entitled 'Full Circle' and it will be a kind of return to my roots, the only instrumentation being my voice and my guitar in a variety of open tunings.  It's intended partly a homage to the artists who first inspired me to go to the local store and buy a guitar, and whose example I've tried to follow all my life. Days Of Mercy: a new recording

April 14 2018.  Over the years, many people have asked me at live gigs and elsewhere, where they can buy a recording of my 2010 song 'Days Of Mercy'.  Though the song has appeared on previous Cds, for different reasons I've never been happy with the recordings.  So to rectify this, and to answer the demand of listeners, yesterday at Kevin Kelly's Workshop East Studios in Huntington, NY, I made a new live recording of the song, with Trifon Dimitrov on bass and Chris Howard on percussion.  It's available here for download.  The performance was also videoed by Greg Blank and the video will appear on my VIDEO page in the next week or so.  Best to all, Rupert

January 31, New York City  I'm glad to be starting off the year with well over 100 gigs in my touring calendar.  Still many holes to be plugged, and no doubt some gigs may fall by the wayside, but the brunt of the booking for the year is largely done.  Looking forward to seeing many old friends on the road this year, and making new ones.  Best to all for 2018, Rupert

My brand new CD 'The Lights Of Paris', recorded in October 2017 at Kevin Kelly's Workshoppe East Studios in NY, has been getting some good reviews and airplay, particularly on Richard Warrens' Midnight Special https://midnightspecial.org/chicago/c20171209.htm, on WFMT in Chicago, on which it's also been featured as 'CD Of The Week' starting December 23 2017.

The Lights Of Paris CD: Recorded and mixed

October 18, New York City.  My new CD, 'The Lights Of Paris', is now recorded and mixed and awaits only mastering at Rogue Planet Mastering in New Paltz.  Tracking and mixing was completed in three four hour sessions, at Kevin Kelly's new studio, Workshoppe East in Huntington, NY.  John Guari contributed some outstanding string arrangements, which lift the CD to a whole new level.  Violinist Adrianna Mateo and cellist Brian Sanders performed them absolutely flawlessly and the whole thing was recorded with real mastery by Kevin.  On Wednesday October 11, Adrianna, Brian and I gave the album a pre-launch live video performance in front of an invited audience, at Alex Sterling's studio Precision Sounds on New York's Upper West Side.  I hope to receive the first run of 500 CDs from the manufacturers, Superlink in Toronto, in a couple of weeks.  I'm excited about this one.  Best for fall, Rupert

The Lights Of Paris CD: a preview

August 29 2017 To round off summer, I had another good day at Zak Sloan's Studio, Sloan Song Studios in Castle Rock, CO, with Zak and my good friend Vivian Gail (Kellie Amend) (www.viviangail.com).  We recorded a version of my song 'The Lights Of Paris' featuring a superb vocal by Vivian.  A version featuring my own vocal and a string arrangement by John Guari will be the title track of my new CD, to be recorded this October in New York City.  Meanwhile here is Vivian's interpretation of the song.  Best to all for fall, Rupert

Long Winter Is Coming On

August 15 2017: We had a good afternoon at Sloan Song Studios, Zak Sloan's new studio in Castle Rock, CO. We recorded some demos and a version of my song 'Long Winter Is Coming On' featuring a brilliant guest vocal by Vivian Gail (www.viviangail.com), with myself on guitar and Charlie Milo on electric bass.  The song takes a sober look at contemporary America.  A version featuring my own vocal will be included on my upcoming CD, 'The Lights Of Paris', to be recorded this fall in New York City.  Please enjoy the attached MP3.  Best to all, Rupert

On May 9 2017 I had a good day recording at Kevin Kelly's brand new Workshoppe East Studios in Huntington, NY.  We recorded more demos for my upcoming CD 'The Lights Of Paris', and Kirsten Maxwell (www.kirstenmaxwell.com) again sang guest vocals, this time on a version of my new song 'Oh The Times'.  MP3 attached.  Best to all for spring, Rupert

A nice interview with Rupert was featured in a Maryland online periodical today, in advance of his show at North Elk Coffeehouse in North East on April 22.  Read the article at www.cecildaily.com/spotlight/article_c26a9c68-c2e3-5f4c-9b09-0923d2b8d3.html.  Best for spring, Leo at BiteMusic Limited